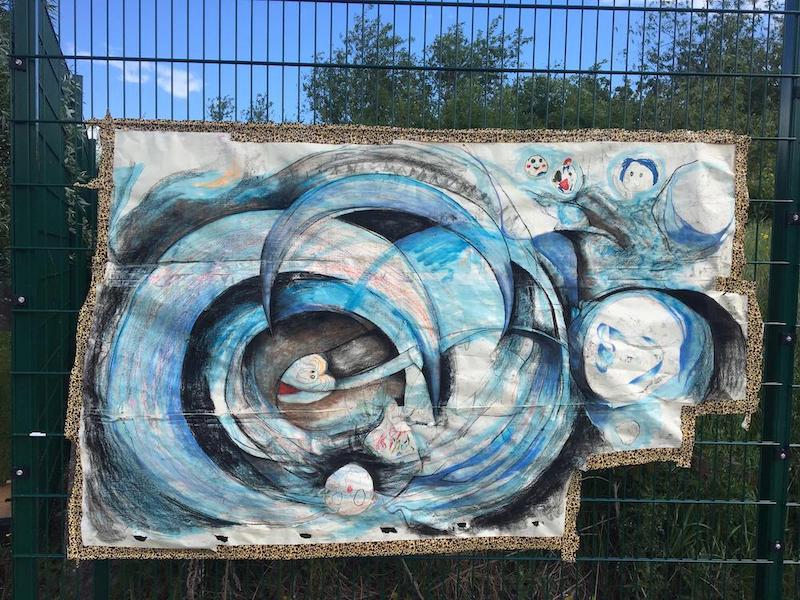 Brigid is the lead artist in this project originally designed for Cruinniù na nÒg during which she worked for 6 weeks with residents of Hughes Mills on Suir Island making art, using soil, planting seeds, and sharing food as part of a series of arts activities in a number of media such as clay, wool, cardboard and paint.

The range of creative engagement sessions culminated in a public arts event for Cruinniù na nÒg on Saturday 11th June. The six facilitated days were mostly aimed at residents of Hughes Mills, children & their parents, while the final public day was a large public event comprised of the core group and the general public. Following the completion of the Cruinniù nà nÒg event, we hosted a shared meal with the main participants in the project.

This coincided with the news that Brigid Teehan was awarded one of the special 70th anniversary commissions to celebrate the 70th anniversary of the Arts Council, focussing specifically on article 31 of the the UN convention on the rights of the child to access to play, leisure, arts and culture.

The aim of the project is to continue the work started  in the Spring and deliver a site-specific artwork in collaboration with Clonmel Children and their families.

As a kick off to this project, Brigid is holding 4  Saturdays of Pop-Up conversations, story sharing and non directed creative play in 4 different public locations in Clonmel:  starting with the Showground Shopping centre, followed by under the arches of the Main Guard, Denis Burke Park as part of National Wild Child Day on the 20th August and a final session at Suir Island Car Park mainly for and with the Hughes Mills residents.

It is expected that Brigid will take up residence at the grounds of Old St-Mary’s during the month of September to design and construct the proposed site specific artwork in collaboration with prior children collaborators and new ones, such as children from the nearby Sisters of Charity school. Using cob, recycled Cori Board and second hand objects and salvaged materials, Brigid will facilitate a vibrant creative process, the culmination of which will be unveiled on Culture Night, Friday 23rd September at 5pm with a small children’s party.